Cloud, MN area who are horrified and saddened by the violence that occurred on September 11 and by the potential devastation that continued violence poses to people throughout the world. We believe in the values of freedom, democracy, and peace for all people of the world and that these values are attainable only with justice. We believe that unequal opportunity and the uneven distribution of the planet's wealth induce violence. 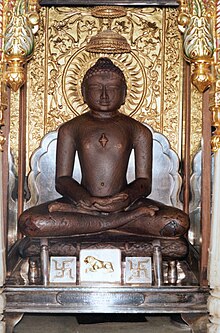 More than Peace Bells & Gongs Around the World

Our assembly, people of God from Africa, the Americas, Asia, Europe, the Middle East, and Oceania included lay people, theologians, members of religious congregations, priests, and bishops. Many of us live in communities experiencing violence and oppression.

All of us are practitioners of justice and peace. We are grateful for the message to our conference from Pope Francis: Looking at our world today We live in a time of tremendous suffering, widespread trauma and fear linked to militarization, economic injustice, climate change, and a myriad of other specific forms of violence.

In this context of normalized and systemic violence, those of us who stand in the Christian tradition are called to recognize the centrality of active nonviolence to the vision and message of Jesus; to the life and practice of the Catholic Church; and to our long-term vocation of healing and reconciling both people and World peace and nonviolence planet.

We rejoice in the rich concrete experiences of people engaged in work for peace around the world, many of whose stories we heard during this conference. Participants shared their experiences of courageous negotiations with armed actors in Uganda and Colombia; working to protect the Article 9, the peace clause in the Japanese Constitution; accompaniment in Palestine; and countrywide peace education in the Philippines.

They illuminate the creativity and power of nonviolent practices in many different situations of potential or actual violent conflict. Recent academic research, in fact, has confirmed that nonviolent resistance strategies are twice as effective as violent ones.

The time has come for our Church to be a living witness and to invest far greater human and financial resources in promoting a spirituality and practice of active nonviolence and in forming and training our Catholic communities in effective nonviolent practices.

In all of this, Jesus is our inspiration and model. Jesus and nonviolence In his own times, rife with structural violence, Jesus proclaimed a new, nonviolent order rooted in the unconditional love of God.

Jesus called his disciples to love their enemies Matthew 5: Jesus embodied nonviolence by actively resisting systemic dehumanization, as when he defied the Sabbath laws to heal the man with the withered hand Mark 3: In vision and deed, he is the revelation and embodiment of the Nonviolent God, a truth especially illuminated in the Cross and Resurrection.

He calls us to develop the virtue of nonviolent peacemaking. Clearly, the Word of God, the witness of Jesus, should never be used to justify violence, injustice or war.

We confess that the people of God have betrayed this central message of the Gospel many times, participating in wars, persecution, oppression, exploitation, and discrimination.

We need a new framework that is consistent with Gospel nonviolence. A different path is clearly unfolding in recent Catholic social teaching. We propose that the Catholic Church develop and consider shifting to a Just Peace approach based on Gospel nonviolence.

A Just Peace approach offers a vision and an ethic to build peace as well as to prevent, defuse, and to heal the damage of violent conflict.

What Can You Do | International Day of Peace

This ethic includes a commitment to human dignity and thriving relationships, with specific criteria, virtues, and practices to guide our actions. We recognize that peace requires justice and justice requires peacemaking.

Living Gospel Nonviolence and Just Peace In that spirit we commit ourselves to furthering Catholic understanding and practice of active nonviolence on the road to just peace. As would-be disciples of Jesus, challenged and inspired by stories of hope and courage in these days, we call on the Church we love to: In particular, we call on Pope Francis to share with the world an encyclical on nonviolence and Just Peace; integrate Gospel nonviolence explicitly into the life, including the sacramental life, and work of the Church through dioceses, parishes, agencies, schools, universities, seminaries, religious orders, voluntary associations, and others; promote nonviolent practices and strategies e.

In every age, the Holy Spirit graces the Church with the wisdom to respond to the challenges of its time. With our communities and organizations, we look forward to continue collaborating with the Holy See and the global Church to advance Gospel nonviolence.

Read more about the conference and the campaign by visiting the website Nonviolence and Just Peace.The World Peace Council (WPC) is an international organization that advocates universal disarmament, sovereignty and independence and peaceful co-existence, and campaigns against imperialism, weapons of mass destruction and all forms of urbanagricultureinitiative.com was founded in , emerging from the policy of the Communist Party of the Soviet Union to promote peace campaigns around the world in order.

Main page of the World March for Peace and Nonviolence. Peace on Earth Film Festival (POEFF) has been established to celebrate and encourage the work of independent films from around the world on the themes of peace and nonviolence and social justice.

POEFF is a not-for-profit film festival whose primary objective is to raise awareness of peace, nonviolence and social justice as possibilities. Our PeaceWorks Curricula Grades PK to High School: Our multilingual award-winning, evidence-based PeaceWorks curricula is used in more than 20, schools, after-schools, early childhood centers, parenting, youth and faith-based programs around the world.

The Catholic Nonviolence Initiative, a project of Pax Christi International, the Catholic peace movement, affirms that active nonviolence is at the heart of the vision and message of Jesus, the life of the Catholic Church, and the long-term vocation of healing and reconciling both people and the planet.

The World March for Peace and Nonviolence