What host are you using?

Recently I learned that the company that makes the batteries in my car was sold to China. Like any company, A needed money to survive and American consumers are not supporting electric cars to the extent required to sustain the costs of running A Chinese investors stepped in and bought A, our flagship company that was supposed to show that we would not trade reliance on foreign oil for reliance on foreign batteries.

Big business periodicals wrote articles criticizing our government for spending money supporting things that the people do not want. Truly, the US had given millions to A, betting on the future of electric cars. 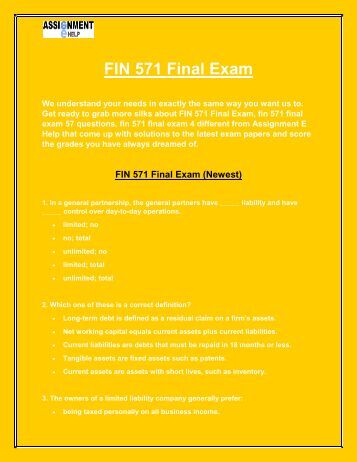 The tidal wave of electric transportation has not arrived. Consumers here in the USA are not there yet. The first wave was just a ripple on the shore.

But it was just the opening ripple. Like anything big, there is always a small indicator that something will happen before it actually does. So Chinese consumers will drive mass electric cars before American ones do; that is the way it is playing out.

I still have my batteries and the company that made them while no longer a solely American company, is stronger for its global ownership. Politicians are decrying the sale to China for security reasons while they say it was a bad idea for the US to fund the company in the first place.

Phrases like "the government can't mandate change" are popular and they are true, at least here in America.

Chinese consumers are going electric while we talk about what went wrong in the USA. Change is happening elsewhere in the world as countries slowly turn the tide towards the future.

I am doing this electric car project myself with a small team of committed people because I believe in it. It means something to me to show it can be done. I don't owe success or failure to a government, or a political party. I owe it to my friends, who like me, believe in what we are doing.

I think the Obama administration saw the future and tried to show the way. Now future vision is a political football. National Security, the environment, jobs created by new companies to support green energy, all play second fiddle to election politics while China plays the part of the visionary, buying American ideas that were supposed to come to fruition in Detroit.

I am just one person and I am thankful for my freedom and happy to be able to follow my own dream right here in the USA. I thought it would be good to use American companies to show what could be done, but global companies are the future.

I still believe that America, with its big people, freeways built like stretching ribbons of from coast to coast, fields of fuel, and strong yearning for independence, could use clean automobiles of all sizes powered domestically from our own resources and jobs.

Production capacity was set at a level that was way overly optimistic, and the headquarters complex, with its magnificent office suites and marbled lobbies, was something only a company with tons of money would dream of.

But I'm sure the risk seemed low: After all, the "green revolution" was upon us. Even Nancy Pelosi said it was so! It's another example of a government-directed "green jobs" initiative which, while environmentally praiseworthy especially if you believe in manmade global warmingwas economically idiotic: To make matters worse, not only is the capital lost, but, had it not been squandered on green "hope and change," that same capital could have been spent productively, creating something that the public actually wants and needs.

That's the real crime of the "green jobs" initiative: But, thanks to a Chinese white knight, all is well. Superior battery chemistry, which was to be a U.

But why are we surprised? The Chinese have all the money in the world, and if they ever called the loans they have out to the U. The Chinese are intelligent, industrious, products of a superior, disciplined education system.

They are, despite the occasional misleading "Commie" rhetoric, old-fashioned capitalists, producers, investors, traders, designers and engineers. They are a lot like we used to be.

If we can't get our act together soon, the country will "go Chinese" company by company, institution by institution, industry after industry.View Homework Help - Week 3 Team SI-2 from FIN at University of Phoenix. Running head: STRATEGIC INITIATIVE 1 Strategic Initiative Finance for Business (FIN/) September 23, Irene.

Here's an index of Tom's articles in Microprocessor Report. All articles are online in HTML and PDF formats for paid subscribers.